Mr. Orsini began his formal document examination studies with an eight-month mentored program under the personal tutelage of Daniel S. Anthony, who taught at the New School for Social Research in New York and the graduate schools of Harvard, Princeton, Rutgers, and NYU. Mr. Anthony was also the handwriting examiner and expert witness for the Attorney General John Mitchell case, Watergate, the Sharon Tate-Charles Manson murder investigation and the Son of Sam case. Prior to his death in 1997, Mr. Anthony's business clientele included AT&T, General Motors, Westinghouse, and over twenty of America's leading insurance companies.

Continuing his education , Mr. Orsini successfully completed a two-year mentored program with Andrew Bradley, a thirty plus-year veteran document examiner with the Denver Police Department and Arapaho County Sheriff's Office. Mr. Bradley was a graduate of the FBI Instructor School and the U.S. Secret Service School and has been an instructor with the Colorado Law Enforcement Academy. In 1995, Mr. Orsini completed a college-accredited document examination course at Northern Virginia Community College near Washington, DC conducted by Larry F. Ziegler, a veteran document examiner, formerly with the FBI and the Secret Service.

Mr. Orsini has been a guest speaker/lecturer for over 400 local, regional, and national organizations including the National Association of Legal Investigators, the Orlando College Criminal Justice Department, the University of North Florida, the Florida Association of Criminal Defense Attorneys, and the Florida Convention of County Court Justices to name just a few.

As an independent examiner, Mr. Orsini has worked for both plaintiff and defendant and his cases have ranged from misdemeanors to murder, coming from 43 different states and 12 foreign countries.

He has qualified and testified in local, state, and Federal courts, including the Supreme Court of the Bahamas over 100 times and has never been disqualified nor rejected as an expert in any court.  He has been employed by the Office of the State Attorney and the Office of the Public Defender, under the Justice Administration Commission, throughout the state of Florida.

Mr. Orsini was employed by the Doyle Detective Bureau as Senior Investigator with the Xerox Corporation from 1973-1978. He conducted investigations related to physical security, fraud, surveillance, employee interviews, and loss prevention covering over 50 buildings within the Xerox community. In addition, he wrote the operational manual for Xerox Security staff. In 2011, Mr. Orsini passed the Florida Private Investigator state license examination (license # 1100108) and established his own agency (# 1100208) to conduct research and informational analysis in preparation of litigation. 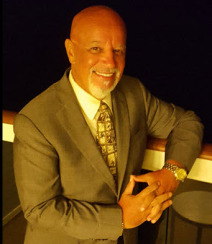